I first heard news of chilli thrips (Scirtothrips dorsalis) tearing through southeastern US landscape roses and foliage plants soon after it was found in Florida in 2005. Chilli thrips were suspects damaging terminal leaves of greenhouse (2009) and landscape (2011) hydrangeas in New York, then finally confirmed in NY nursery hydrangeas in 2012. Since then we’ve been seeing their characteristic scarring, similar to broad mite damage or chemical injury, on landscape hydrangeas (mainly H. macrophylla) each year in southeastern NY and some in nearby states are now seeing it as well. We have also found it on deciduous azalea.  Unlike chilli thrips in southern states, however, this one isn’t interested in roses and foliage plants.  It turns out the species attacking hydrangea is part of a complex of visually indistinguishable insects that behave differently (Dickey et al. 2015). The good news is that the damage to landscape hydrangea appears to be fairly minor, usually appearing late in the season, while nursery and greenhouse infestations are also confined to this host and  easily managed with insecticides including spinosad.  Chilli thrips are much smaller than western flower thrips and easily missed, so submit samples to a diagnostic lab to confirm.  Don’t confuse this with the ‘Japanese flower thrips’ (Thrips setosus) reported on hydrangea in Europe in 2014.

Dan Gilrein is the Extension Entomologist with Cornell Cooperative Extension of Suffolk County at the Long Island Horticultural Research and Extension Center, Riverhead, NY since 1995 and previously served there as IPM Specialist with Cornell from 1987. In his current position he conducts applied research on control of arthropod pests in food crops and on ornamental plants, provides diagnostic services to the horticultural industries, and conducts educational programs and presentations for industry, government officials, civic groups and the public on pests and pest management. 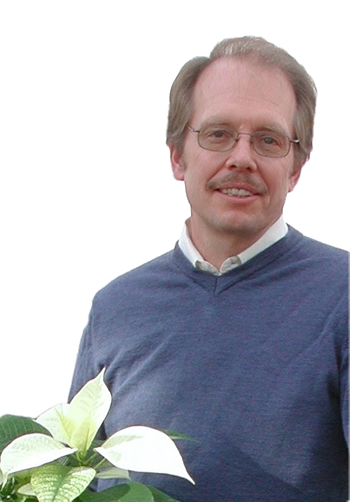